Fibre Through The Ages - Part 2 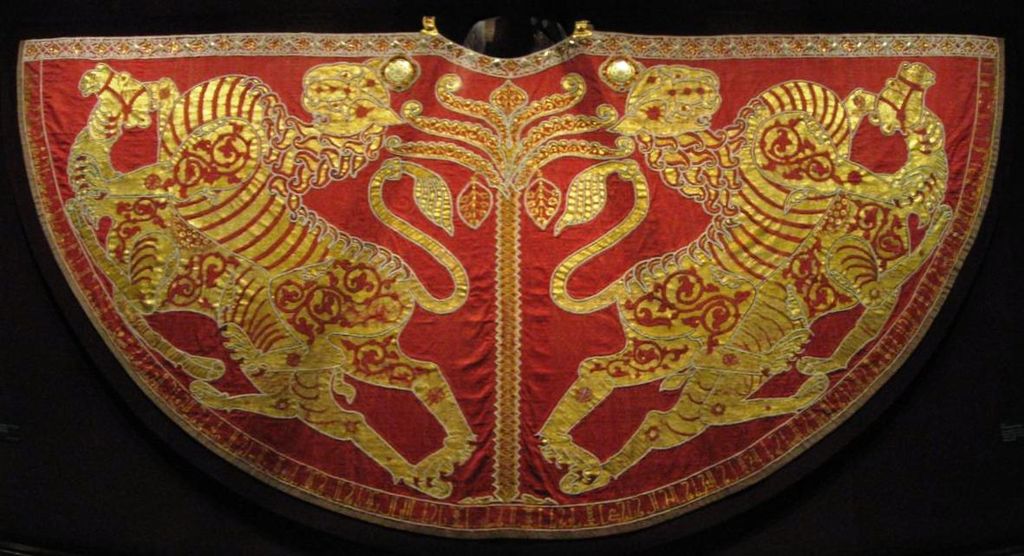 This week, Paul provides an interesting summary of the economic and political importance of textile production in medieval England, France, Belgium, and the Netherlands - hope you enjoy!

In the 1330s, wool’s status as a crucially important economic commodity was highlighted by King Edward III (r. 1327-77) of England’s negotiations with the county of Flanders (north-western France, Belgium, and part of the Netherlands), where the great wealth of its merchants was based on the large-scale production of cloth. The demand for this commodity reflected a change in the sartorial tastes of well-to-do Continental Europeans: in the second half of the twelfth century, the preference for coats fashioned from linen was replaced by the desire for more elegant ones made from wool, and the Flemish capitalized on this new demand with aplomb. As industry in Flanders was primarily focused on textiles, it was weak in other vital areas: most importantly food, for which the Flemish – subjects of the French crown – relied heavily on imports from France. Another critical import on which the Flemish relied was English wool, which was generally sold to them by Italian and French middlemen. Accordingly, when King Edward III’s unsuccessful bid for the French throne was followed by a campaign to seize it by force (1337), the Flemish found themselves in a particularly difficult situation. In addition to requiring continental allies against the powerful French kingdom, Edward knew that war could not be financed without the upkeep of the lucrative wool export trade, on which both he and his predecessors had imposed onerous, unpopular taxes when preparing earlier military campaigns (discussed below). If the wealthy towns and cities of Flanders chose to support the French side in the coming war, the royal coffers would suffer a debilitating blow. Eager to prevent this from happening, Edward attempted to force Count Louis I of Flanders to support the English side in the impending war by embargoing exports of wool to the Flemish in August 1336. Unsurprisingly the embargo was not well received; indeed, English merchants were imprisoned at Bruges in the following month. Nevertheless, faced with an unyielding threat to their economic livelihood, the Flemish finally decided to throw their lot in with the English kingdom, choosing to do so formally by recognizing Edward as King of France at Ghent in 1340. While they benefited from the alliance in the short term, ultimately the decision proved to be a fatal one. Not only did the French eventually gain the upper hand in the so-called ‘Hundred Years War’ (1337-1453) – lasting 116 years in total, it was actually a series of wars punctuated by truces – but the English had by the close of the fifteenth century supplanted the traditional Flemish stranglehold over cloth production and exports. 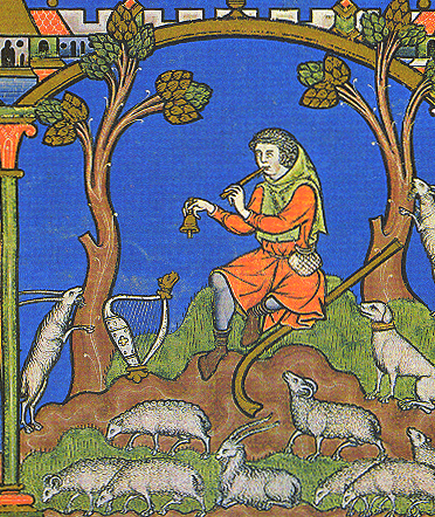 Equally interesting is how wool came to be such a vital part of the kingdom of England’s economy after the Norman conquest. As mentioned in the previous post, in the 1080s William the Conqueror had royal assessors itemize much of his new kingdom’s possessions, who collated their findings in what later became known as ‘Domesday Book’. As is clear in this monumental work, the most important animals in the kingdom, at times comprising up to 75% of a given region’s total number of livestock, were sheep. The situation was much the same in later centuries and, even in those regions where wool was relatively less important, it is evident from both written and archaeological evidence that up to 50% of livestock on the various manors and farms consisted of sheep (the other primary animals being cattle and pigs). In addition to being important for their milk, sheep were naturally valued for what could be sheared from their bodies. Luckily for the kingdom, at the same time sheep-rearing increased, so too did the demand for wool. Flanders became increasingly connected to England when William the Conqueror became king, for Queen Matilda (d. 1083) was the daughter of Count Baldwin V of Flanders, and present among the troops who defeated Harold Godwinson’s force at Hastings were cavalrymen from the region led by Count Eustace II of Boulogne (who was granted much land by William in return for the support). It was in the same century that the Flemish invented broadcloth and, by the second half of the following one, the symbiotic relationship between the Flemish and English economies had become entrenched. As more and more factories appeared in the principal industrial centres at Ypres, Ghent, and Bruges, the demand for English wool increased exponentially. The English wool industry was up to the task. By the early 1300s an astonishing 40,000 sacks of wool, gathered from around ten million sheep, were exported per year.

...the most important animals in the kingdom, at times comprising up to 75% of a given region’s total number of livestock, were sheep.

What is perhaps most interesting about the wool industry in medieval western Europe, is its international and interdependent nature. Prior to the fifteenth century, when all stages of wool and cloth production – washing, spinning, carding, combing, weaving, felting, dyeing, and selling – were handled in the kingdom of England, almost all of these processes were taken care of by the Flemish and Italians. The latter, already noted for the buying and selling of English wool, also played a part in the dyeing process. While both Italian and French merchants were known to supply the Flemish with a sizable proportion of their dyes, some uncoloured cloth was taken to Florence, dyed, and thereafter sold in other Mediterranean markets. While the reliance on foreigners might seem at first sight to expose a weakness of the earlier English wool industry, and the slow but sure rise to pre-eminence in the production of cloth to be a triumph over that weakness, the fact remains that a great deal of money was earned from simply selling the unprocessed wool to foreign merchants. A case in point is the tax imposed by King Edward I (r. 1274-1307) in 1294. Known as the maltolt (French for ‘bad tax’) – like their Norman predecessors, the Plantagenet kings of England were from France – Edward I used the proceeds to fund an expensive campaign known to historians as the Anglo-French War (1294-8, 1300-3). Wool exports were already subject to customs duties (6 shillings, 8 pence), but the maltolt added an extra level of taxation fixed at 40 shillings per sack of wool. Given the large-scale output of wool exports, this extra layer of taxation substantially increased Edward’s war chest which, importantly, needed to be of substantial size owing to the reliance on paid troops (the same applies to the ‘Hundred Years War’).

By the early 1300s an astonishing 40,000 sacks of wool, gathered from around ten million sheep, were exported per year.

Wool, then, was clearly an important commodity in medieval western Europe, and its social, economic, and political value, especially in regard to Flanders and Plantagenet England, cannot be exaggerated.

Church of Our Lady, Bruges. Built during the age of textile-fueled prosperity.

All images derive from Wikimedia Commons.

About the author
Dr Paul Brown specializes in ancient and medieval history, and is particularly interested in culture, language, and warfare. In addition to writing scholarly articles and chapters, his first book, Mercenaries to Conquerors: Norman Warfare in the Eleventh- and Twelfth-Century Mediterranean, will be published in 2016 by Pen & Sword Books.